Mezzo soprano Elena Zhidkova made her professional debut at the Deutsche Oper Berlin. She appeared at the Bayreuth Festival. Claudio Abbado invited her for the concert version of PARSIFAL, for Schumann’s FAUSTSZENEN and for his farewell concert at the Berlin Philharmonic where she appeared again in Händel’s JEPHTA under the baton of Nikolaus Harnoncourt. She celebrated a triumphant success at the Bayreuth Festival in the summer of 2019. Shortly before the festival premiere of the new production of TANNHÄUSER, she took over the role of Venus and was warmly acclaimed for her performance by the international press. 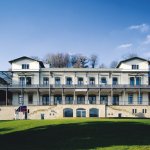